The older we get, the difficult it becomes to make new friends.  This is partly because we are too busy in our own world.  But, mostly because we are a bit stuck up.  Take me, for instance.  I have three rules that I swear by:  a) Don’t take me for granted. b) Don’t try to change me. c) Don’t smooth talk me.  It’s a strikeout if you fail in any of the above.

This blog tests the robustness of my rules.

My very first association with the ‘Sanchetis’ goes back a long way.  When I moved to Pune, a quarter-century ago, Google Maps didn’t exist.  So, driving directions in Pune involved navigations around landmarks.  In my mind, the center of Pune’s map had one of Asia’s largest orthopedic hospitals—Sancheti Hospital.  I think, till today, this center point has not budged.

But, this blog is not about a brick-and-mortar hospital, nor its iconic founder, Dr. K.H. Sancheti who is a recipient of India’s three highest civilian awards—Padma Shree, Padma Bhushan, and Padma Vibhushan.  Instead, this blog is about the family’s scion, Dr. Parag Sancheti who as a doctor has exceeded the lofty benchmarks set by his phenomenal father.  Parag is the President of Indian Association of Sports Medicine (IASM) and Asia Pacific Arthroplasty Society (APAS).  With Fellowship of the Royal College of Surgeons, Edinburgh, Parag is also the only Indian to receive Hon. Doctorate Degree from the University of Dundee (Her Majesty Queen Elizabeth was the first awardee of this degree).

My first encounter with Parag was a decade ago when both of us joined Young President’s Organization (YPO).  I expected him to be loud and blunt, like many successful people are.  But he surprised me.  Parag is soft-spoken.  So much so that I need to focus hard in our meetings to decipher his whispers.  And he is, definitely, not blunt.  He just doesn’t have it in him to be rude to anyone. 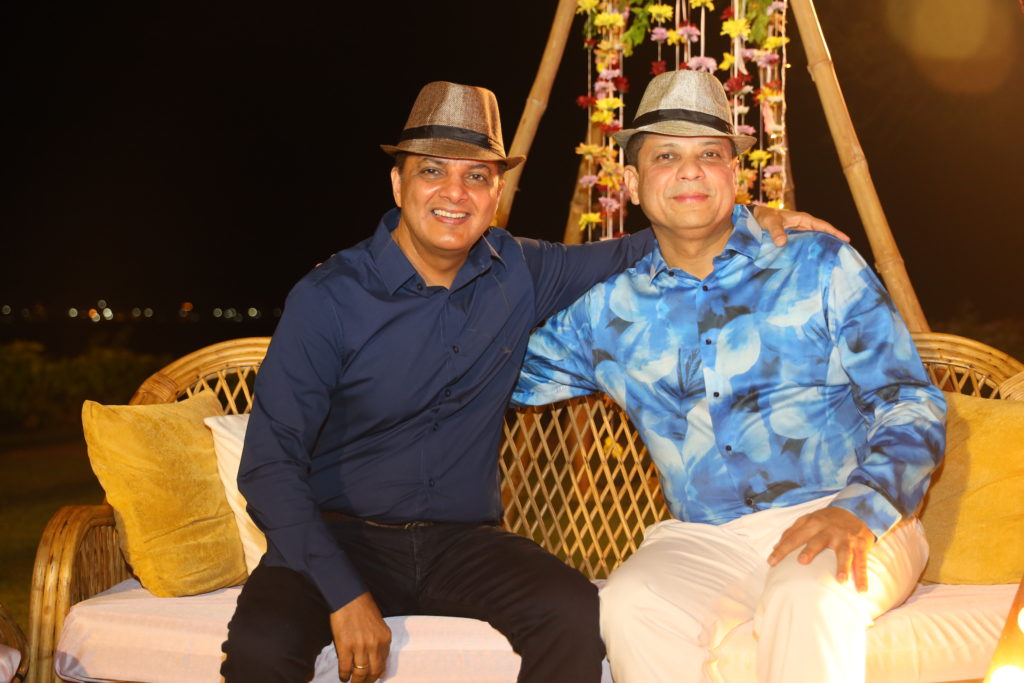 My first medical exigency, about eight years ago, involved my father-in-law.  Parag was in complete charge.  First, at Sancheti Hospital and then with his frequent home visits.  At that time, I didn’t think it was a big deal.  But, later when I realized how packed his routine was, I felt extra special.  A hands-on surgeon who works from 6am to 9pm performing scores of surgeries while managing hundreds of doctors, nurses, and staff had stretched out for me!

Of course, my special feeling had a short shelf-life as I began to get to know him more.  Soon it became obvious that Parag stretches out for just about everyone he cares.  He honors his obligations no matter how late or exhausting his day might have been.  From casual dinners to special occasions, his participation goes way beyond attendance, including a surprise dance that he once performed, albeit awkwardly, for my birthday ☺.

His commitment has only one barrier.  He won’t drink with me on a weekday evening, no matter how rocking the party might be.  He loves his drinks, but skipping them on a weekday is written in stone for him.  Why?  Because his principles don’t allow him to touch a drop of alcohol on a day prior to his surgeries.  That’s how much reverence he has for his patients.  And that reverence amplifies when it comes to the powers above.  A man of faith, Parag never leaves his home or office without praying.  Not a day goes by when he doesn’t meditate, not a religious festival passes by during which he doesn’t fast.

I have often wondered if it’s Parag’s spiritual magnetism that draws everyone around him.  When one of our common friend’s spouse tragically passed away in a road accident, Parag was by the bedside as she breathed her last.  Arbitrator in family business disputes, facilitator in tricky matrimonial alliances, mediator in messy relationships—he is everywhere.  Recently, when one of our close friend’s daughter got married, Parag was there yet again taking care of the baraat from the groom’s side.  Much to my annoyance, he even went ahead and committed on my behalf to the bride’s parents.  “Don’t worry about the wedding day, Arun and I will take care of everything!”

Then last year, I went through one of the toughest phases in my life.  I fell terribly ill and almost concluded that I am not going to survive.  Many friends came to visit me at Ruby Hospital.  But, I kept waiting for Parag to return to town so that he could visit me.  I was in a daze.  I couldn’t figure out why I was waiting for him.  After all, Parag was an orthopedic doctor who had no expertise in my ailment.  It was just a ‘dil chahta hai’ kind of pining.  The moment I saw him, I broke down.  I cried after ages.  I eventually recovered, but at a cost.  Parag made me promise that I will start meditating and reciting prayers daily.  Subsequently, he would call me every day to remind me, until I started lying to him.  It was a white lie.  It was based on a meaningful revelation, straight from my hospital bed.

No, I have not been meditating or praying.  Why?  Because I don’t need to.  I have got my friend.  He has me covered.

Friendships can’t be compartmentalized into right or wrong ticks.  You see, if such was the case, I would have long shut out my new friend.  He is a smooth talker who takes me for granted and has tried to change me!  Ticked all the wrong boxes for me.

Perhaps the only prerequisite for a ‘good friend’ is goodness itself.  For a good heart prevails.  Always.