January 21st, 1 pm.  The speech was over within moments—it was simple and short.  And yet, I was unable to process it.  Behind the speaker, on the other side of the furnace, was my precious friend of ten years.  He had just bid me a final goodbye.  My dry eyes were in denial, begging me the liberation of acceptance.  My mind was furiously trying to find solace in the words I had once heard from a wise man, “Everyone who descends on this planet comes with a purpose.  Once the purpose is accomplished, their journey is over.”

Was the wise man right?  Perhaps, the answer is hidden in this ordinary story of an extraordinary man. 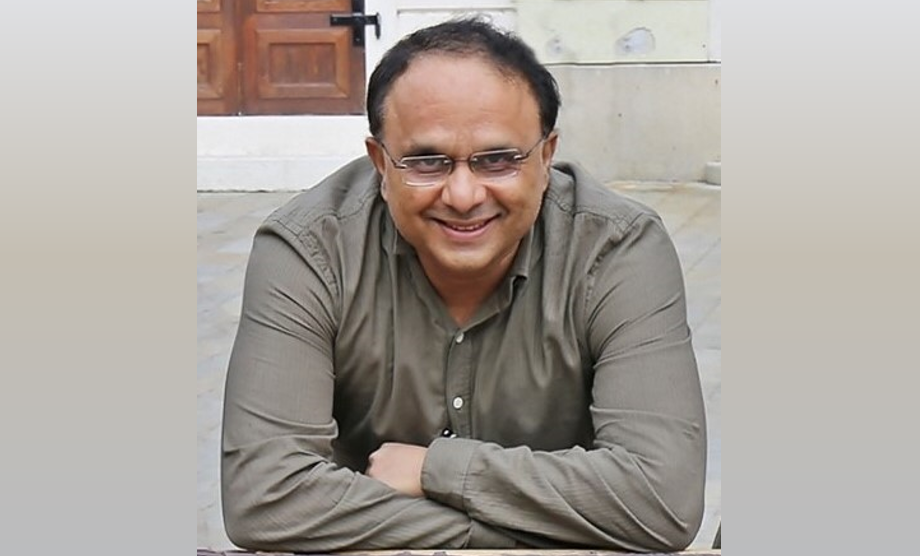 Mangesh Kale.  My first encounter with Mangesh was a decade ago when both of us joined Pune’s Young President’s Organization (YPO).  We hit it off on day one—we were similar in few ways.  Both of us hailed from a ‘non-convent’ middle-class background, although his formative credentials outclassed mine.  Mangesh was a born achiever, a gold medallist from the prestigious Govt. College of Engineering, Pune with sports accolades in Rowing at the National Level.  Bestowed as the best outgoing student, he fitted the image of one destined to be an entrepreneur.

There was one more difference between us, I got lucky earlier than him.  I had the good fortune of riding the wave of India’s IT revolution.  Mangesh, on the other hand, had chosen a path less travelled.  He along with PARI’s co-founder Ranjit had ventured into the futuristic world of Industrial Robotics.  “It’s an incredibly complicated and risky business to run, demanding huge capital expenditure and inconsistent returns,” Mangesh would often share.  “There is a non-stop battle, both on the demand and supply sides,” he stated.  While Cybage passed the start-up phase very early in its existence, when it came to the realm of robotics – the glory awaited those who had tremendous amount of patience, resilience and perseverance to wait for the industry’s sunrise.

However, Mangesh’s business struggles failed to dampen his die-hard spirit.  He exuded confidence of a Fortune 100 CEO with an immense clarity of mind.  Every time I had the front row of watching him in action, he never failed to deliver a well-rounded extempore speech, devoid of any pauses to even process the content of his talk!  “You are on steroids”, I frequently pulled his leg.  His passion, time and again, left me perplexed.  How can a businessman sustain the enthusiasm of a start-up entrepreneur for over a quarter of a century!

And yet, here was Mangesh – always as chirpy as a morning bird, unapologetically comfortable in his own skin.  Sure, his peers were the who’s who of the corporate world, but he didn’t give a hoot when it came to his relational socio-economic standing.  He didn’t aspire to stereotype his identity to societal yards of success.  ‘High’ class gatherings didn’t do much for him.  Neither did big houses or fancy cars.  He continued to indulge in his various passions that held him steady over the years such as riding a bike on weekends, cycling and hiking on the Parvati hills, deep sea diving, dancing to the tunes of Zingat, and worshipping his wife, Aparna, like a goddess.  In line with his academic excellence of yesteryears, he was a perpetual student who never missed an opportunity to learn.

Once we both participated in a charity auction where there were many extravagant items for offer, including dining experiences with Bollywood celebrities.  And what did Mangesh bid and acquire at the auction?  A corporate seminar by Arun Nathani on the Power of Analytical Approaches for all the senior employees of PARI!  Mangesh and I shared an unspoken bond.  I admired his zeal and brilliant mind, while he was influenced by my scientific methodologies to running an organization.  His willingness to continuously evolve and adapt to new ideas scared me.  What may have worked for me or others, what if they didn’t work for his business?

My apprehensions were ill-founded.  Mangesh and his partner Ranjit’s relentless pursuit of excellence started yielding results.  The business momentum picked up dramatically over the years. PARI finally arrived—strong balance sheets with high predictability and consistency – they became an undisputed leader of industrial robotics, over ten-fold larger than their nearest Indian competitor.  Mangesh caved into the pressure of his cheering comrades and finally agreed to upgrade his lifestyle with a beautiful house and a luxury car.  His actions were driven more to appease his close ones than for himself.

Then about a couple of months ago, Mangesh unexpectedly announced that he and his partner had entered into a definitive agreement for PARI’s acquisition by a leading corporate house.  It was a decision driven from strength, and not from distress.  PARI had reached an enviable scale of success in the world of industrial automation.  It was now a perfect platform for any synergetic magnate with a large-scale reach to develop it into a leading global brand.  For Mangesh, it was a logical conclusion of his years of toil.  “But what will you do if you retire?” I asked him.  “Oh, there is plenty to do Arun.  I have many passions to explore, both personally and professionally.”  My friends and I decided to host a celebratory dinner with champagne for Mangesh and Aparna, the date locked in was today, January 27th.

About a month ago.  We were playing some fun party games with a group of friends.  One of the competitions involved dancing with a partner while balancing a coconut.  Mangesh and I became a duo (The Last Dance).  “We make an excellent team”, I told him after we won.  That was probably the last time Mangesh danced with anyone.  Just when it was time for him to slow down his pace and start enjoying the materialistic spoils of success that never did much for him anyways, he decided to call it a day.  On January 20th he passed away from a cardiac arrest while playing golf with his lifelong friend and partner, Ranjit Date.

Back to January 21st, 1:10 pm.  It was a quick, small funeral in line with COVID restrictions.  My friends and I walked listlessly towards our cars like one would from a theatre after watching a movie with an unsatisfying climax.  The mother-daughter duo was ahead, drudging alone towards their own car.  It was a heartrending sight.  We took a detour to intercept them.  I had to give a hug to my friend’s little girl.  I thought of my own daughter as I held Tanvi close.  Her soft sobs against my heavy chest ended my dry run.  The speech that she gave moments ago suddenly felt as meaningful and clear as my own tears.

“Baba is gone but I promise, my mom and I will live up to his legacy and carry forward his unending energy.  He will continue to live through all of us because we loved him so much.”

Tanvi’s simple words can’t be trivialized.  The purpose of life is to leave a legacy.  The legacy has custodians who take it forward.  Therefore, if the legacy never dies, then how can the purpose of our existence ever be over?

My friend was a legend, a marvel who dared to pioneer into a pre-sunrise industry, one who created thousands of inventive careers in a developing country, inspired hundreds of young entrepreneurs with his never-give-up attitude, stirred dozens of his peers with his passion, captivated handful of his closest friends with his authenticity and nurtured an amazing offspring to take over the baton of his legacy.  He was amongst the rarest who chose to live as well as move on at their own terms, leaving behind eternal footprints on the sands of time.

Walking alongside a few steps with you, Mangesh, has been one of the greatest honors of my life. Thank you and rest in peace, my brother.